Do Your Prospects Google You? And What To Do About It.

I woke up this morning and came across this on my Facebook Newsfeed...

Holy Shit!  Regardless of your political affiliation, how can you not appreciate that on a national stage, one candidate's message provoked more interest than their rivals' across the entire country?!
We can get into semantics about the numbers and what people actually searched for, but does it matter?   Were people fact-checking?  Were they just discovering Bernie for the first time?  Did Hillary say something that caused people to Google Bernie?  I don't know, but does it change the fact that people researched?  Buyers, or in this case voters, are doing their research.
Does that ever happen to you?
What about when you're speaking with prospects?  Is it realistic that you are the only one they are speaking to?  When's the last time you bought something without Googling it first?  Have you ever been introduced to someone and looked at their LinkedIn profile?  ...while you were still on the phone with them?
What do people see when they Google you or your company?  If you just finished telling a prospect how great you are, will they see the same thing when they research you online later?

Have you looked at these 10 Things on your LinkedIn profile?
Having a a good website is important.  Having a social media presence is important.  Meeting people in real life is important.  But does your message resonate?  Do people believe you understand their world and you can fix their problems?  Do you know how to be the most talked about, the most Googled, the most researched after speaking with a prospect?
If not, here's a Road Map... 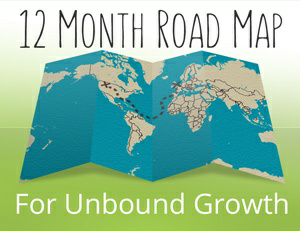